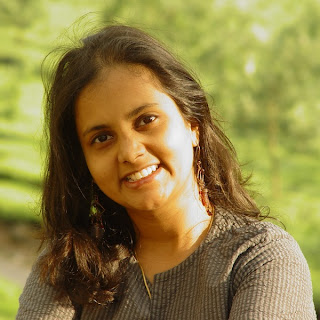 A little about yourself:

I'm a vegan of 9 years, living in Bangalore, India with my awesome husband. I enjoy cooking and baking and taking beautiful pictures of the food to share on my blog, Veganosaurus (http://blog.veganosaurus.com). My other creative outlet is jewellery making and sculpting with clay. I have an Etsy store called Art by Susmitha (http://artbysusmitha.etsy.com) for my jewellery and another called Veganosaurus (http://veganosaurus.etsy.com) for my miniature sculptures of monsters and animals. I'm also a Reiki healer and a Tarot reader.

What made you decide to go vegan?
In India, vegetarianism is a common part of the culture. And the reason I never ate meat is because I grew up in a vegetarian family. It wasn't a choice, it was just the way I was brought up.
Growing up, I was not a lover of animals. It's not like I disliked them, it's just that I didn't feel any sort of connection with them. I loved our family dog because he grew up with us like our brother, but if I saw a random dog or cat or cow on the street, I wouldn't run up to pet and play with him/her like my little sister would. In fact, I'd be afraid to do so, thinking they'd hurt me somehow.
So when veganism found me in 2003, it wasn't my love for animals which made me embrace it. I simply became aware of the injustice of the dairy industry. I realized it wasn't fair of us to exploit these sentient beings for our greed. It didn't matter whether I loved animals or not, what was happening to them wasn't right and there was no way I was ever going to be supporting that any more.
Funnily enough, over my years of being vegan, I have developed a sort of love for animals and my respect for them has deepened. I'm not so wary of making friends with a strange animal any more. It's as if they know I'm on their side so it's okay to connect. :)
Who/what inspires you?
My husband is my inspiration when it comes to being kind to all living beings. It is because of him that I became vegan. And he's the one who has taught me to be gentle with the smallest of critters like ants and spiders. Even the ones we're not happy to have inside our home, like baby lizards, we don't harm them, instead, my husband carefully guides them out of the house using the tip of a broom. I'm still incapable of doing this, so I'm completely awed each time I watch him calmly perform the act. It's amazing to see the little lizards respond to the light touch and move in the right direction a few steps at a time.

Dumbest question someone asked you about being vegan.

Haha this was during my very early years of being vegan. We were at a party with a bunch of families and I was passionately talking about how I don't consume or use anything which comes from animals and this couple said, "oh but the plants you eat are grown with animal dung any ways!"
I was still in my defensive stage of veganism so all I did was sputter. The question was so beyond dumb that I had absolutely no idea how to respond. And not being able to tell them off made me angry and the strong emotions even made me choke up a bit. =oP
It's all very funny when I think back on it now but gawd how many times I have replayed the scene in my mind ending with me suavely replying , "oh I bet pooping is *really* torturous to animals!"
I have to mention here that thankfully, in all these years, I have met a lot more intelligent people with genuine, sensible questions about veganism than I have met dumbos who are simply looking for an argument. I'm really grateful for this.

What was the reaction from your friends/family? Do you find going out/social situations difficult?
I am really blessed to have a partner who is on the same path as I am. I truly admire all the vegan people who live with non-vegan partners and manage it so peacefully. I can never imagine having to do that.
When we became vegan initially, our families, relatives and a lot of our friends reacted with shock. But almost everyone was open to listening to our reasoning and luckily, everyone understood very quickly. When we visit friends, aunts, uncles and cousins, they prepare vegan food just for us. And now, a lot of them even seem to consider me the go-to person when it comes to food and health related matters.
Last November, both my parents turned vegan after attending the Reversing Diabetes program by Dr. Nandita Shah of SHARAN India (http://sharan-india.org). She follows Dr. Neal Barnard's Reversing Diabetes system and is a pro at explaining the relationship between the food we put into our bodies and our health. Though my parents became vegan because of the health aspect, they have also been slowly understanding the ethical aspects of it.
Both my grandmothers have followed suit and practice a vegan diet most of the time.
My sister is almost vegan too and even though I fight with her sometimes about her not being completely vegan, I feel truly happy each time I see her make vegan choices on her own. She has always been the real animal lover of the family, so I still have a lot of hope for her. :)

What changes have you noticed in yourself since going vegan?

As soon as I turned vegan, I saw a marked increase in my overall energy levels and also I'm healthy more often than not. But vegansim did not bring about just a physical change in me. I'm what you might call a "spiritual vegan". I believe that whole, plant based foods carry happy energy. And when we fill our body with only that which comes from love and nurturing (not from suffering and pain), our vibrations shift to a higher level. Being vegan has turned me into a more positive and loving person and it's helped make my spiritual journey go smoother.

Do you think a vegan diet could be universally adopted?

Absolutely! The diet and the lifestyle. In fact, I truly believe we're headed in that direction. Human beings are by nature creatures of love and compassion. All these hurtful things we do are things we learned as we grew up. We are quite capable of unlearning them too. All it takes is awareness and guidance and these have been increasing all around us, everyday.
History shows that many unjust practices which were the accepted norm at one point have been shunned and replaced by kinder ways of living simply because people realized that was the right thing to do. I can see the same thing happening with more and more people embracing veganism each day.

Do you have any advice for people toying with the idea of becoming a vegan?

Just dive into it whole heartedly and confidently! It's easy and it opens up a whole new world of delicious foods and "better-natives". You're already eating a lot of food that happens to be vegan anyways. Fruits, veggies, grains, nuts, beans, seeds...  Connect with other vegans in your community. And if you think you're the only vegan in your town, then feel lucky to be living in a world where the internet exists. There's a whole network of vegans from all over the world out there. Online groups and forums, thousands of vegan food blogs with millions of recipes, websites answering every question you have about veganism, free vegan starter kits that you can order, online vegan grocery stores... it's never been easier to go vegan. All you have to do is take that first step and you will find an abundance of guidance and support.
Enjoy your vegan journey! :)﻿
Much Love: Kylie at 12:22 PM 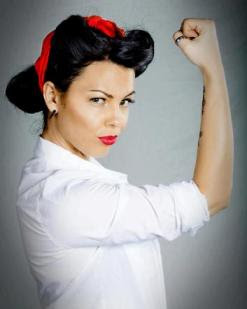 A Girl's Vegan Journey
While we ourselves are the living graves of murdered beasts, how can we expect any ideal conditions on this earth?
~George Bernard Shaw